Joanna of Morbid Anatomy pointed out that Tanya Johnston used some images from the Ball Collection on the Archives' Flickr site to make a piece of artwork. Cool! That's what public domain is all about.

To see it, click through the link to her site, click on illustration at the top, and then click on the right arrow to get to the second page of illustrations. It's the bit with all the eyes in the middle.
Posted by Mike Rhode at 6:55 PM No comments: Links to this post

The Ball Collection. The End.

The final step has been taken on the James Moores Ball ophthalmology collection that I worked on for lo those many months. It is now online. You may enjoy the finding aid at your leisure.
Posted by cruisingat60 at 6:03 PM No comments: Links to this post

The Ball Collection, and I hope you're not bored to tears with it yet, continues to wow me. Here are the treasures I uncovered today, and no pun intended. All typos are mine alone.

Acc 20836-14 Dissection of the head to show the relation of the eyeball to the orbital margin, the course of the optic nerve, the position of the optic chiasma, the trochlear nerve in its whole course, the cavernous sinus, and the semilunar or Gasserian ganglion. 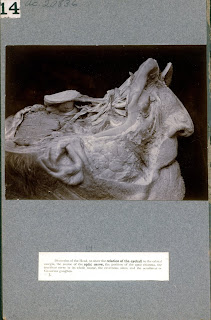 Acc 20836-10 The obicularis oculi muscle dissected away from the lateral side and swung medially to show the direct continuity of its pars lacrimalis with the pretarsal or pars tarsalis fibers which run along the lid margins. The relation to the upper part of the lacrimal sac, which has been exposed by cutting through the lacrimal fascia, is shown. 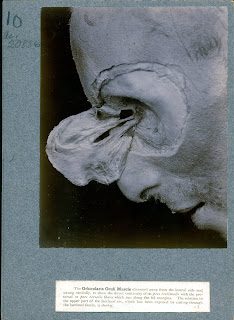 Acc 20836-8 Dissection of the eyelids, third stage. The orbicularis oculi and the septum orbitale have been completely removed, and the fore edge of the aponeurosis of the levator cut away to expose the tarsal plate; the orbital fat has been cleared away. The preparation shows the supra-orbital and supra-trochlear nerves, the pulley of the superior oblique muscle, the anastomosis between the ophthalmic and angular veins, the inferior oblique muscle with its so-called "check ligament" (the only instance of this structure the writer has met), and the lacrimal gland subdivided into its two parts by the lateral horn of the aponeurosis of the levator. 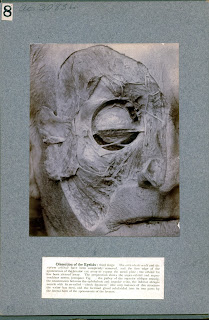 Acc 20836-6 The middle concha has been pulled upwards to expose the middle meatus. The position of the fossa for the lacrimal sac relative to this wall was ascertained by driving pins through from the opposite side and is outlined in black. Rods have been passed through the opening of the sphenoid sinus and down the infundibulum of the frontal sinus; the latter leads into the hiatus semilunaris, which is bounded above by the rounded bulla ethmoidalis and below by the processus uncinatus; the ostium maxillare of the antrum is also seen. 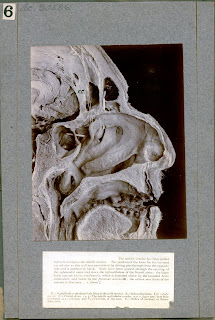 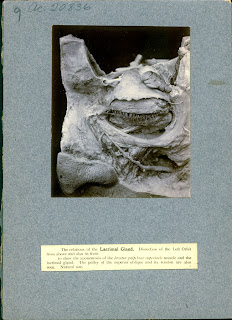 Posted by cruisingat60 at 4:59 PM No comments: Links to this post

Non-ophthalmic images from the Ball Collection

After a couple of weeks of insanely fast-paced chaos in the archives, I was able to get back to the Ball Collection today for a short time. Here are two scans I made that don't begin to do the original images justice. I wish I could show just how gorgeous the originals are. They are both from Accession 18846: Book: “A Series of Engravings Explaining the Course of the Nerves with an Address to Young Physicians on the Study of the Nerves,” by Charles Bell, First American edition, 1818. 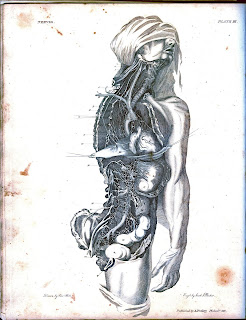 The ghost image of the lower leg and foot you see here has been transferred from the page, where it was folded up on itself. 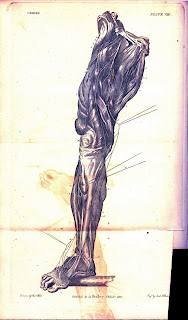 Posted by cruisingat60 at 5:05 PM No comments: Links to this post

Anatomy of the Orbit

Two more illustrations from the Ball Collection, from Agatz's "Atlas zur chirurgischen Anatomie und Operationslehre," 1860. These are real beauties when viewed in a larger size. 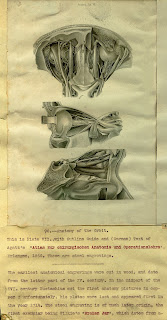 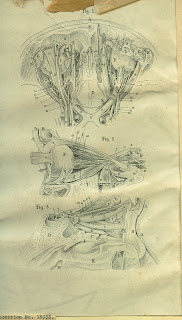 Posted by cruisingat60 at 2:20 PM No comments: Links to this post

Four more from the Ball Collection

I was able to get back to Ball today and had to scan these when I found them.


Acc 19322
Sarcoma of the iris and
Syphilitic iritis

Posted by cruisingat60 at 8:28 PM 3 comments: Links to this post

A few more from Ball

I didn't have time to even open a box from the Ball Collection today, so these are left over from yesterday. They're all from “Miniatur-Abbildungen der wichtigsten Akiurgischen Operationen,” a book illustrating Dieffenbach's operations, by Dr. H. E. Fritze. (1838) The descriptions are transcribed and I don't have a translation. It's a fairly delicate book, which is why you can see shadows at the gutter.

Table 1: venaescetio (obviously not ophthalmic, but I liked it anyway) 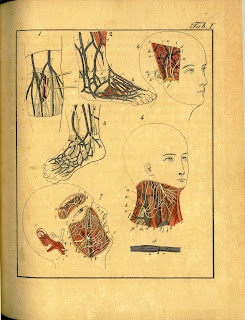 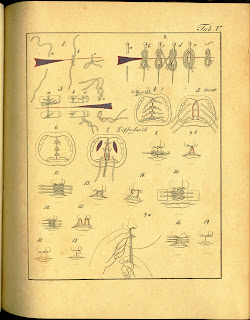 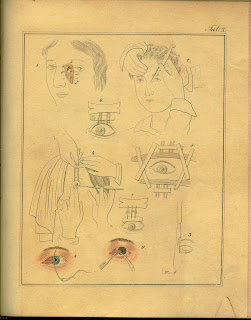 Posted by cruisingat60 at 7:51 PM No comments: Links to this post

More from the Ball Collection

Here are a few more scans from the Ball Collection. For as long as we've had it, we've thought the name was James Moore Ball. Today we discovered his middle name is Moores, with an s on the end. Just tuck that trivia away. You might need it one day. 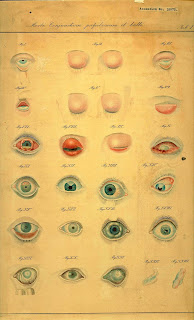 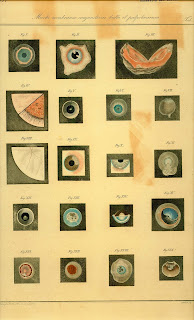 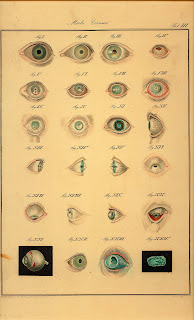 Posted by cruisingat60 at 4:47 PM No comments: Links to this post

More from the Ball Collection

Some original drawings I scanned from the James Moore Ball (ophthalmology) Collection. I'm making what I hope is a final pass through the 89-page finding aid, checking every folder to make sure the spelling is right. I just wish I had time to scan everything, there are such interesting images there.

These were done by Margaretta Washington: 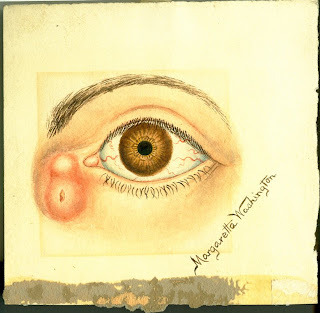 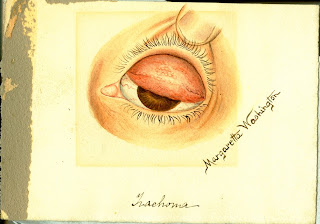 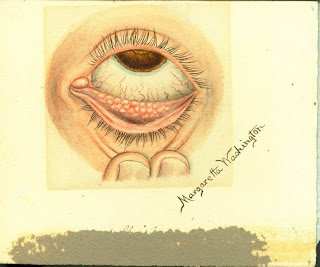 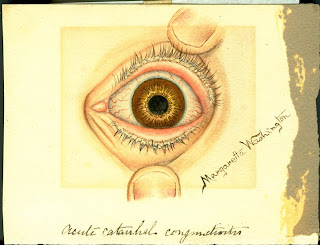 Posted by cruisingat60 at 4:05 PM No comments: Links to this post